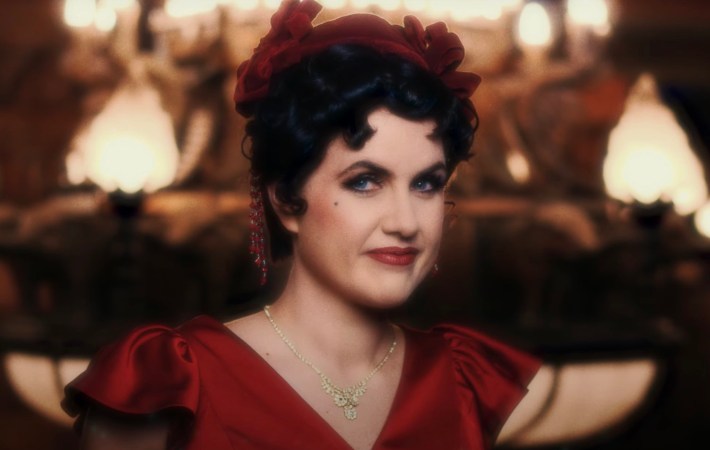 Probably no other art form than music allows for less time to either like or dismiss the creative output. “Forever Is A Charm,” the new single by New Zealand producer, singer, and songwriter Princess Chelsea doesn’t dilly dally around but enthralls from the very first note. Chelsea is a fantastic singer who knows how to enchant and how to create a song that lingers long after it has ended. The gorgeous song comes with an equally compelling video that takes things a bit slower and relies on the attractiveness of its star.

The music video is filmed in Auckland’s historic Civic Theatre, where Princess Chelsea, née Chelsea Nikkel, wanders around and muses during the chorus: “When you’re with me, I feel like I could die / Die / Die / Die!” The repetition of the words brings the point home that this is not a love song but one that deplores “boring fake people.” Cool tidbit: Chelsea recorded the song in only one take

The video is directed and produced by photographer, filmmaker, and drummer Stuart Page and, like the song itself, took me immediately under its spell. More of this, please! “Forever Is A Charm” marks the sixth track on Princess Chelsea’s upcoming album Everything is Going to be Alright, due October 7, 2022. Was it not for “Forever Is A Charm” already, we’d love the album for its title alone.

Listen to “Forever Is A Charm,” our Song Pick of the Day:

Connect with Princess Chelsea and add “Forever Is A Charm” to your playlist as we add it to our #glamglarepick playlist on Spotify and AppleMusic:

Photo credit: still from the video