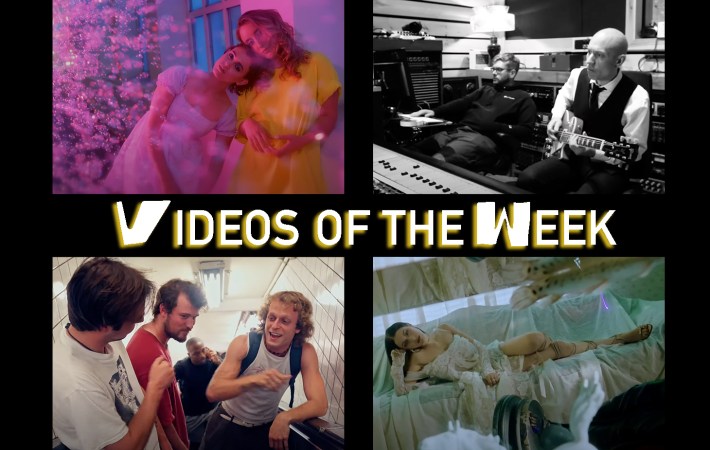 The new single Life Twice by NYC duo Beau comes with a colorful, glittering live performance video directed by Brandon Herman. Watch it, and you surely don’t want to miss their next show.

“‘Life Twice’ is a song about trials and tribulations. It’s about a desire to be woken up out of a spell and led in a different direction. There’s a balance that must be maintained in relationships and this song focuses on the feelings that arise when that balance is challenged.”

“Violent Delights” is a beautifully slow-burning track and also the title of Blake Morgan‘s new album. We thoroughly enjoyed the previous singles and videos “Down Below Or Up Above,” “My Love Is Waiting,” and “Baby I Would Want You,” all directed by the wonderful Alice Teeple, and it’s no different with “Violent Delights.” Asked about the visuals and the storytelling, singer, songwriter, and producer Blake Morgan says:

This is the fourth music video I’ve made with Alice, and I so love working with her.  We’ve watched a lot of the same old movies, she and I, and these videos reflect that: they’ve created a ‘pop-rock noir’ world for the music on this new record. For this one––which is the title track of my new album ‘Violent Delights’––we wanted to do something special for the fans of the album: give them a fly-on-the-wall inside-look at the making of the record.

Love the behind-the-scenes look and can’t wait for the next live show opportunity!

Earlier this year, I had featured “The East Coast Hold On” as our Song Pick of the Day and couldn’t be happier to see Cab Ellis magnificent track getting a visual treatment, and what a treat that is! This is not only a vibrant and beautiful music video in itself but a perfect example of what attending a Cab Ellis live show might be like: a true experience with a fantastic live performance and super catchy songs!

Malik Chatman is responsible for the cinematography, B for the editing, Graphics are done by Jean, with additional footage by B and B.

The L.A.-based singer/songwriter Andrea Silva aka Loyal Lobos finds herself lost at a “10,000 sq ft loft party.” In the video, director George Gallardo portrays the event as a dark, dream-like event with lots of strobe lights. Andrea explains:

‘Bummed’ is the story of a night out. Sometimes being surrounded by people can feel more isolating than anything else. This song describes that feeling of coming back down after losing yourself in a crowd.”