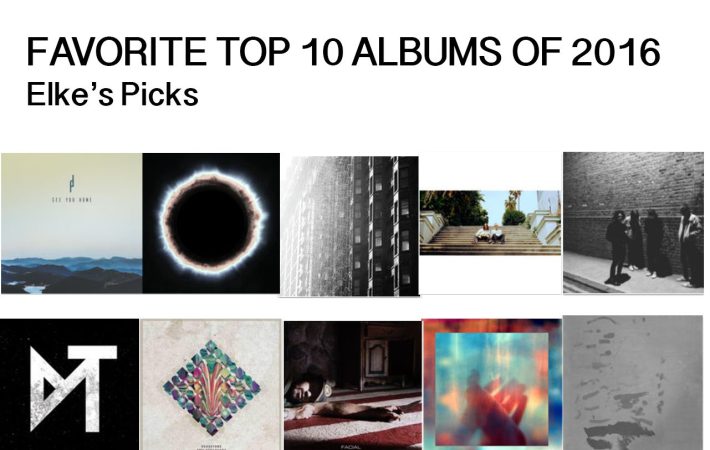 Filed Under: Excited About — By: Elke Nominikat

In 2016 I’ve listened to not only countless songs and EPs but also full length albums, and this is my personal list of favorite albums – records I played more than a dozen times minimum, in most cases so many more times. Despite being on the look-out of the next great song, there’s always enough opportunity and time to revisit the albums that really got me.

Guitar is hands-down my favorite instrument and so the majority of this list features different kinds of guitar driven music paired with alluring to gorgeous vocals,  interesting lyrics and everything else that is important to create a compelling album.

November 25, 2016
Get “Island of Daughters” on iTunes.
Song pick “Bruise“, The Lulls live in New York at The Bowery Electric and The Delancey.

6 – Desert Mountain Tribe – “Either That Or The Moon”

Listen to “The Thaw”:

Listen to “The Sun Rising:

November 04, 2016
Get “See You Home” on iTunes.
Song pick “Foregone Conclusion” here.
Video feature of “Please Report Anything Auspicious to A Member of Staff” here.

Listen to “Recline With Me” which is a perfect album opener if there ever was one because the track demonstrates in only four minutes the stunning beauty of the entire record: